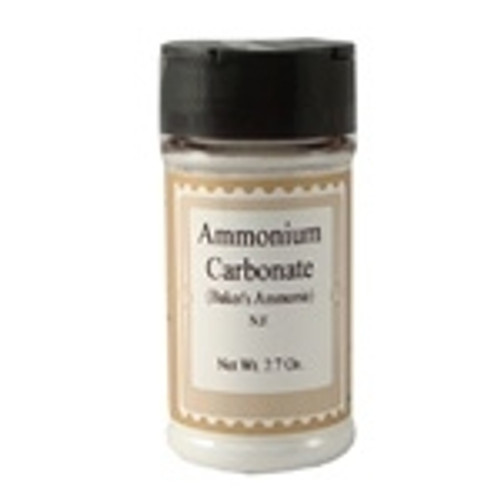 Baker's Ammonia is a leavening ingredient called for in many old fashioned recipes. It is also called "hartshorn". Baker's Ammonia is a leavening agent used to make extra-crispy cookies or crackers. Unlike baking powder or soda, it does not leave an alkaline off-flavour in baked goods. It is not used for cakes or other large items because the ammonia gas cannot evaporate from these items. You will notice an odour of ammonia while baking, but this will quickly dissipate and the baked product will not have an odour or taste of ammonia. Because Baker's Ammonia has a tendency to evaporate when exposed to air, it should be stored in a jar with a tight cover. It will not spoil, but will "disappear" if not stored properly. Certified Kosher
Contains Ammonium Bicarbonate, Ammonium Carbonate
×